Tales from the Mother Side 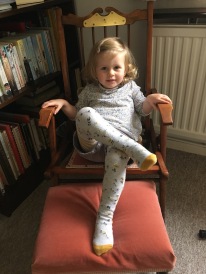 When we were preparing Primrose for Wilf’s arrival, we tried to cover all bases. You can read about it here, if you like. This paid off. From the moment he arrived, she was besotted. She ‘reads’ to him, shows him toys, lays with him, sings to him, makes him chuckle, and her first question in the morning is, “Where’s Wilfie?”. She was also incredibly patient when I had to feed him almost constantly, even offering me advice: “Mama, Wilfie’s hungry AGAIN, feed him!” and “Swap sides, he’s unsettled.” #backseatbreastfeeder

We’ve seen snippets of ‘regression’ – telling us she needs her nappy changing when she doesn’t, a few weeks of early wake ups, a (temporary, thankfully!) nap drop in the early weeks and the most ear-splitting shrieking when tired or frustrated in the first six weeks. More recently, she’s asked us to ‘carry [her] like a baby’ and developed a ‘cry’ wasn’t a real cry but she knows Wilf gets picked up as soon as he cries – she was making that noise for a reason and it needed validating. But mostly, she’s been absolutely fantastic at dealing with the change. On the nights when Phil is working and I do bedtimes without him, she is happy to lay in her cot for a story and, though I explain that I’ll be back once I’ve fed Wilf to sleep, she’s always nodded off, sometimes after ‘reading’ to herself for a little while.

So, what’s been the problem? In short: Me.

Wilf is a pretty happy chap, smiling from about four weeks and, as long as he has a full tummy and can 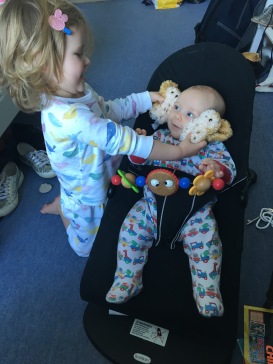 hang out in the sling (constantly in the early weeks) or the bouncy chair (in the last month or so), he’s chilled. It’s constantly ensuring that the emotional wellbeing of Primrose is taken care of that has caused me the most anxiety and led to me questioning myself.

At her two year review last month, we were told her speech is better than that of most three year olds. Whilst that was really lovely to hear, I know it’s also the reason why I expect far too much from her. We can usually have proper conversations with her; can usually explain something logically and she understands; can usually get her to explain what is upsetting/frustrating/angering her; can ask for something and usually accepts a ‘no’ if it’s coupled with an explanation as to why. It means (at the moment, at least) very few tantrums, unless she’s overtired, and generally makes things easier. In the early, hormonal postpartum days, she would see me crying with exhaustion/frustration and say, ‘It’s OK mama’ or ‘Mama’s got dribbly eyes’. She tries to comfort Wilf if she hears him crying, too, demonstrating empathy beyond her years.

The consequence of all this is that, when she does something that is normal for a two year old, it throws me. It means I sometimes get frustrated with her. I shouted many more times than I care to remember in the three months after Wilf arrived; yanked her off the coffee table/window seat/back of the sofa, rather than gently removing her and explaining why it’s dangerous; said ‘NO!’, ‘Stop!’ and ‘That’s not yours!’ roughly a billion times… all things I wouldn’t have said or done before because I had the time and energy to explain; to answer her repeated questions; to be fully present for her. Tellingly, she started snatching toys off other children and, whilst this could be developmental, I couldn’t help thinking that it was more likely to be because I’d been snatching things from her in frustration. Of course, she also started repeating my curt orders and became quite bossy. Whilst, again, it’s fairly normal for a toddler to start asserting themselves, her manner became scarily similar to mine during these frustrated moments. Typically, she was emulating the things I see as negative in myself. 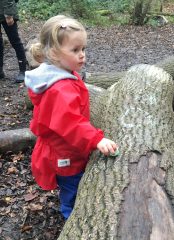 All of this left me feeling pretty rubbish and, on the rare evenings I got to cuddle her to sleep, I was looking at her and seeing a baby. She hadn’t even turned two when this new tiny human rocked up and there I was taking my frustrations out on her.

When I say ‘change’, I mean revert back to how I was before welcoming a new baby into the fold. Thankfully, as we waved goodbye to the fourth trimester, Wilf’s feeds naturally spaced out and became shorter as he became a more efficient feeder, so I feel like we’ve turned a bit of a corner – they entertain one another already, and he is content to sit and watch what she and I are doing, taking it all in and occasionally letting out a giggle if we amuse him. Now things have become a bit easier, I have been:

-Identifying my ‘triggers’: These usually centre around sleep; needing to ‘rush’ to get out of the house; removal of shoes/hairclips in the car (a good example of something that doesn’t even need to be a trigger!); refusal to get in the buggy; not tidying toys away (a good example of a high expectation – she’s too young to do this voluntarily and consistently, and still I persist! *rolls eyes*) and touching things she knows she shouldn’t when I’m nursing and can’t move easily.
– Working on gentle reactions: For example, when he’s nodded off and she’s being noisy. Fact: toddlers are noisy. Another fact: Babies can generally sleep through noise; wombs are noisy places and silence is alien to them. Another fact: Me shouting, ‘BE QUIET!’ is a) noisier than the noise she makes and b) makes her react negatively and create more noise. If I take a breath, remind myself she’s not deliberately trying to wake Wilf, and explain to her why he needs a bit of peace, she’s generally very 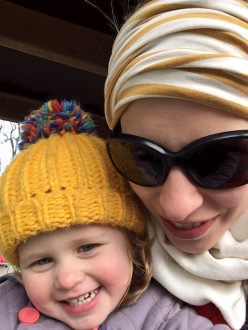 happy to play quietly and whisper.
– Modelling: I was good at this before, taking time to choose my words carefully and generally treating her with respect. In turn, she had picked up on when to say ‘please’, thank you’, ‘excuse me’ and ‘sorry’ in context and rarely snatched toys or pushed others. I needed to get back to being like this before my snippy reactions become learnt behaviour. She still needs boundaries – more than ever, in fact – but there are ways of enforcing them that are gentle, not barked, and they need to be age-appropriate. I’ve noticed that she’s reverted to more gentle behaviour already.
– Repairing: Whenever I react negatively towards her, I always apologise. I have also been naming the emotion, so she can identify the same feelings herself, and explain that lashing out isn’t fair or appropriate and that I shouldn’t have been unkind or snappy. Sure enough, I now often hear a little voice saying, “Mama, you’re frustrated.” Nine times out of ten, that’s enough to snap me out of my irrational grump!
– Remembering she’s still a baby too: Just as I love hearing Wilf chuckle, I love hearing Primrose laugh, and yet I sometimes realised a whole day had gone by and I hadn’t chased/roughhoused/been generally silly – she’d had fun, but I hadn’t heard that uncontrollable giggle. I’m trying to make sure I hear it every day!
– Taking a leaf out of her book: That’s right – you can learn a lot from a toddler! About forgiveness, about seeing things simply and about living in the moment. At the end of what I thought was a pretty crappy day a few weeks ago, she announced, “I had great fun today!” Obviously, I thought the opposite but she had evidently enjoyed herself and was storing the positives, rather than the negatives, away in her brain. Inspired!

What did you find the hardest aspect of having your second baby? Did you find it hard to balance the needs of each child as well as your own tiredness?

Helpful resources on this subject include Sarah Ockwell-Smith’s Gentle Parenting Book, her Facebook page and the Facebook page ‘Hand in Hand Parenting‘

Jo, The Mother Side x

4 thoughts on “Toddler See, Toddler Do”